Today I introduce you to another model of the Citroen C3 No.11 WRC of Majorette. This car model is the same as the Citroen C3 WRC No.10. It very same If placed together and looked superficial, there is almost no difference. We come to see the important details of this car as well. How is it different from Citroen C3 WRC number 10?

Die cast cars that are very popular. It can be considered as the number one in the minds of metal car model collectors, that is, the Rally WRC racing car model because every race car will be decorated to have a beautiful shape. And still have eye-catching colors With a distinctive pattern with the logo of the sponsor of that team. 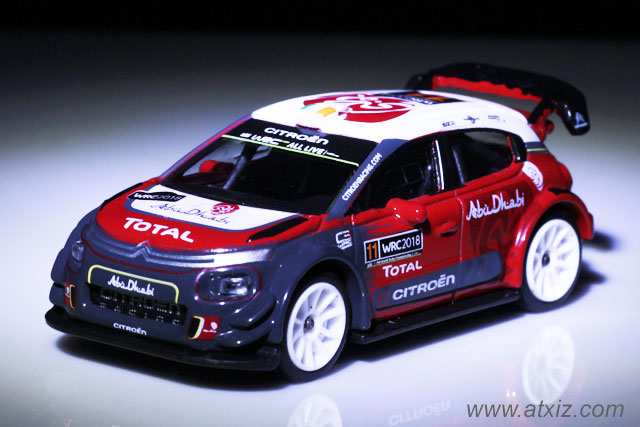 This car model is Citroen C3 WRC (World Rally Championship) No.11, produced in 2018, the car is dark red with gray trim and white roof. 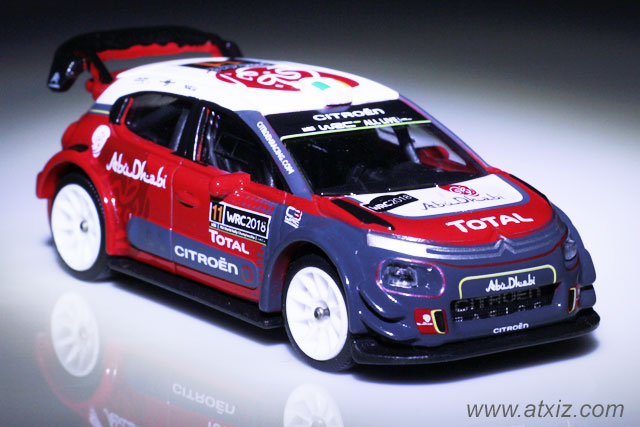 The beauty is not that different from the Citroen C3 WRC No.10 that I have shown before. 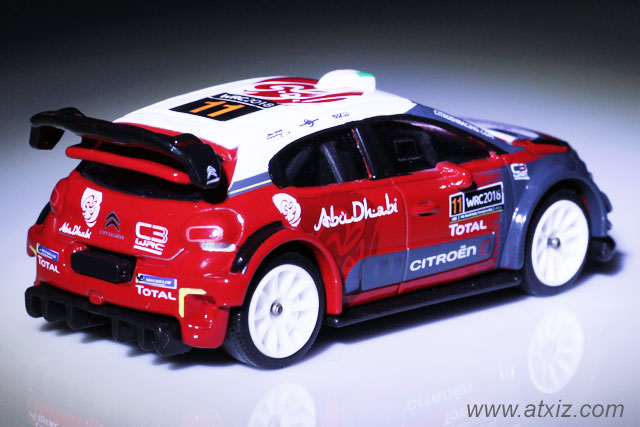 The red rear of the car, red bumper, black trim We can see the orange number 11 in the black background on the roof of the car. Black car spoiler. 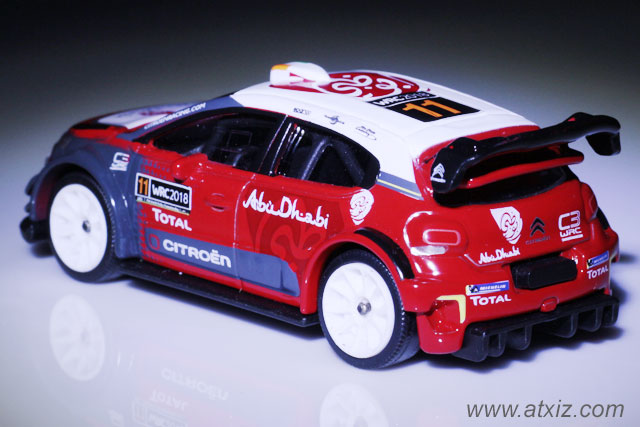 At the back of the car is the C3 WRC model, showing the center of the black Citroen logo. Red taillight blends in with the color of the car Wheel arches will bulge out over the wheels. 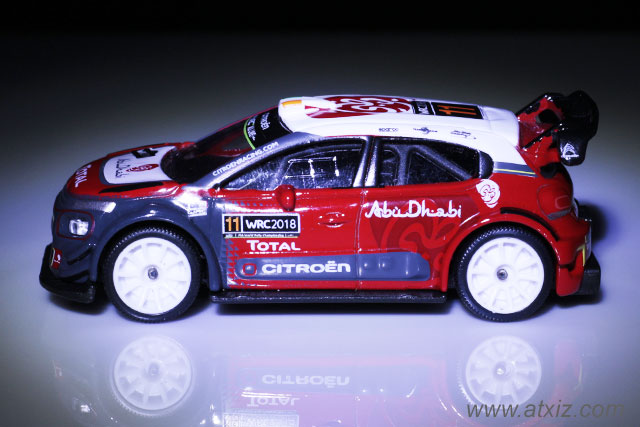 The styling of the car is as beautiful as a racing car really. Clear glass, visible inside, with a black robar structure inside the car The side mirror is almost in the middle of the car door. This is the position the WRC race car used in the race to suit the driving visibility. 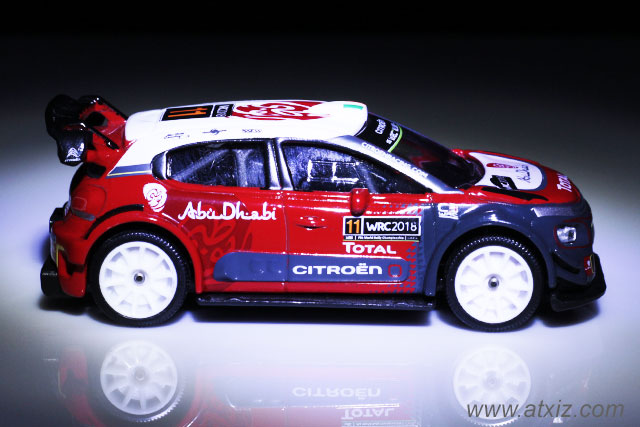 The white alloy wheels are made of white plastic. The rubber wheel is made of real rubber (Rubber Tires). The side of the door is number 11 WRC2018. 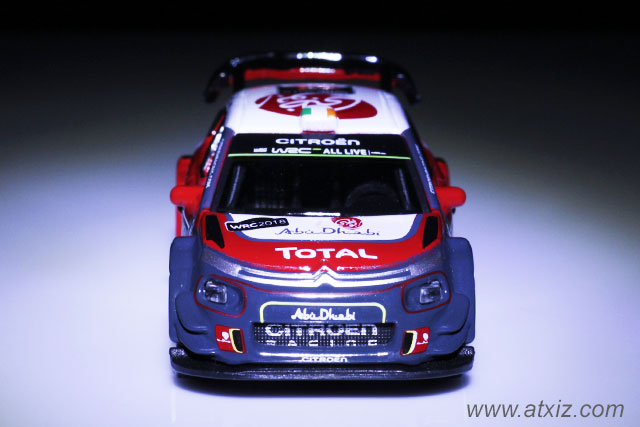 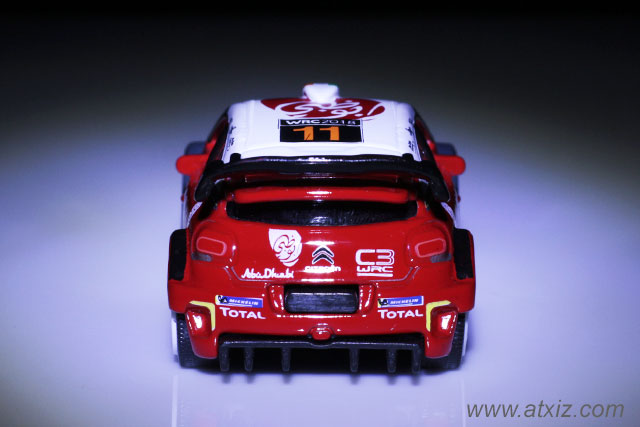 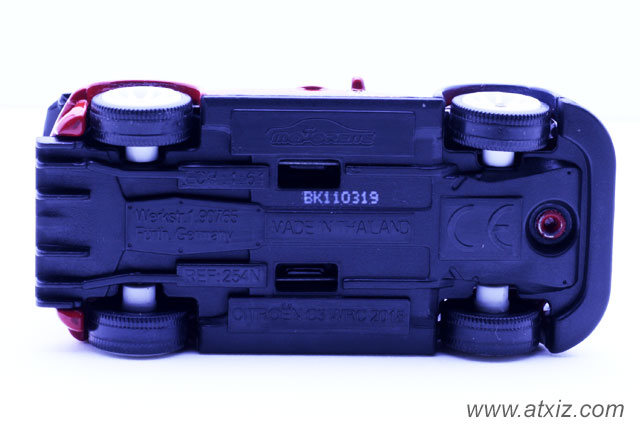 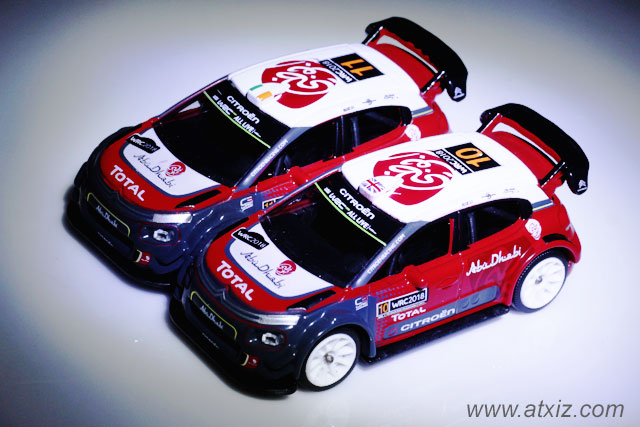 If we put the Citroen C3 WRC No.10 model together, it will look very similar. Is different at number 10 and number 11, and the other difference is On the roof is a different flag pattern attached.

Number 10 will be the British flag.

Number 11 is the flag of Ireland.

Both of them can be considered as the perfect model of the WRC race car, but the number 10 is more rare than the number 11 in Thailand.

Number 11 can be purchased in a single package that is available at general retailers. At present, it is still not difficult to find and is available for sale. But should not remain calm You should keep it from the beginning. Because if the future, this car number 11 is out of stock and disappeared from the market Of course, you have to buy more at a definite price.

We wish you all to enjoy playing this die cast cars model.