Today I would like to introduce you to Majorette, the Citroen C4 WRC Red Bull model. Rare and expensive! As for the price, I would like to not allow you to mention how much it is currently trading. It is a matter of the market mechanism, that is, there are few, rare, and many people want it, the price is expensive!

But if this car is small, rare, but nobody cares or wants? Of course, the selling price will be lower. Therefore, the number of people wanting to possess this is Is the major variable that will make the price of the collectible die-cast car models increase or decrease. 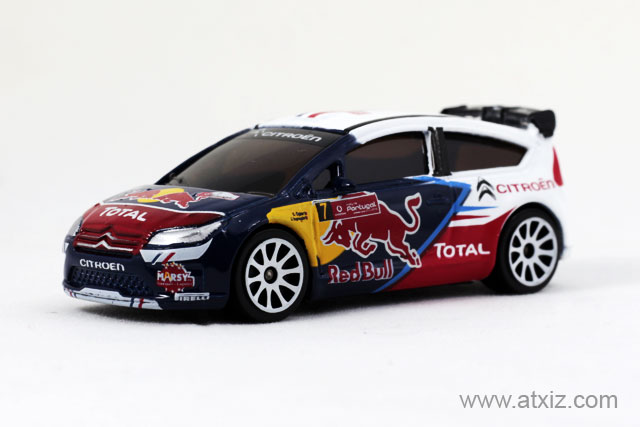 This model of the Citroen C4 WRC Red Bull is a car that has been produced since 2012, which is almost ten years old. Of course, if we were to buy now There is absolutely no general sale in the store. This car is only available to collectors of die-cast car models. Of course, if we want Or want to collect it, must continue to buy at a more expensive price than the die-cast cars that are currently on sale in stores. 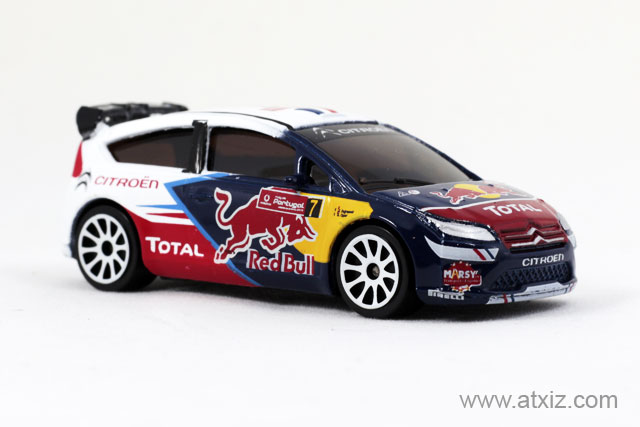 The striking beauty of the model Majorette Citroen C4 WRC (World Rally Championship) is on the emblem. "Red Bull", Red Bull sponsor of the Citroen team no. 7 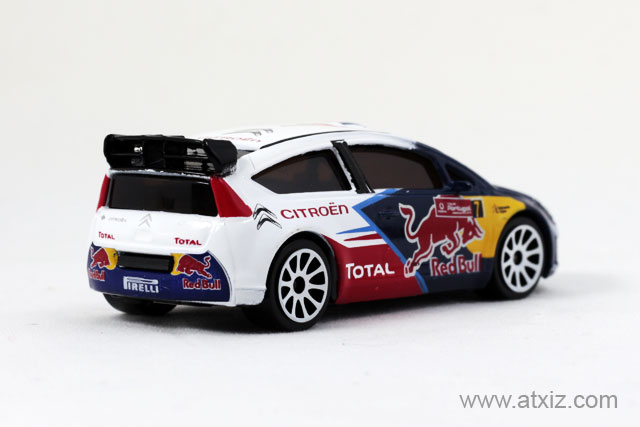 The rear of the car is white. We will see the CITROEN and Red Bull symbols as well as the TOTAL symbols. 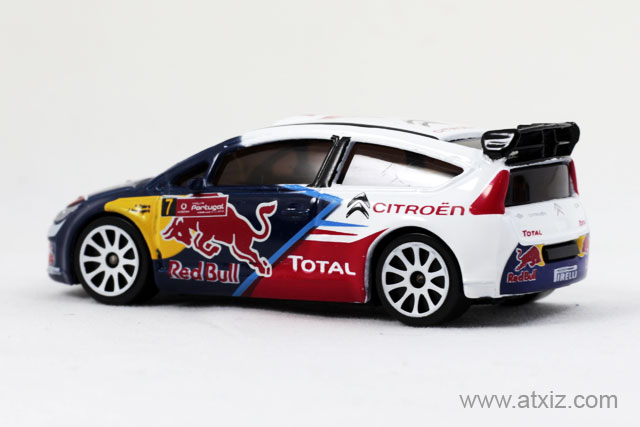 The side of the car has a large "Red Bull" image beside the car door with number 7 on the side. With driver's name And the blood type of the driver If an accident occurs, the driver has lost blood so that he can help correctly. 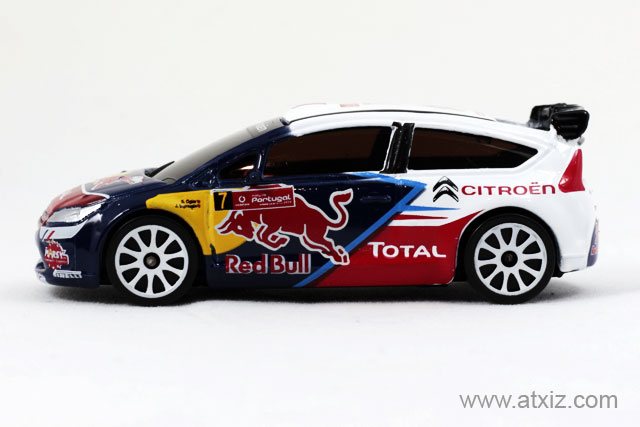 We came to see the side of the car fully. See how beautiful it is to collect. The entire car's glass is all black. 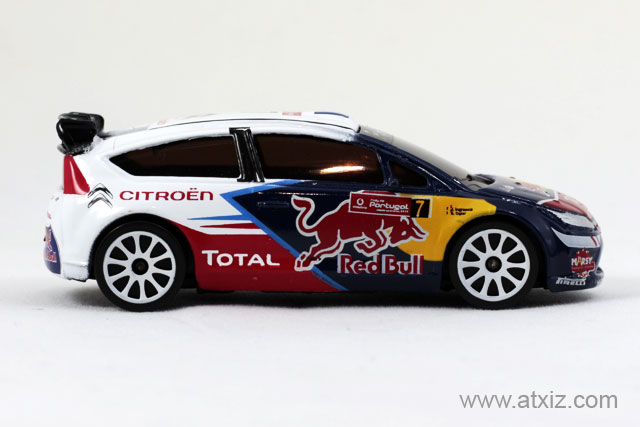 The beauty of this detail makes it a destination for metal model collectors around the world. But it's not that we can find it easily Nowadays 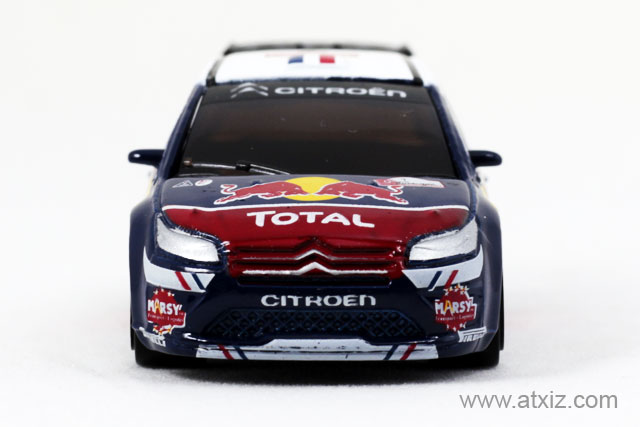 The front grille has a Citroen character, white and black. On the bonnet there is a TOTAL letter and the image "Red Bull" symbol for the view from the front of the car. It gives beautiful details like the real race car ever. 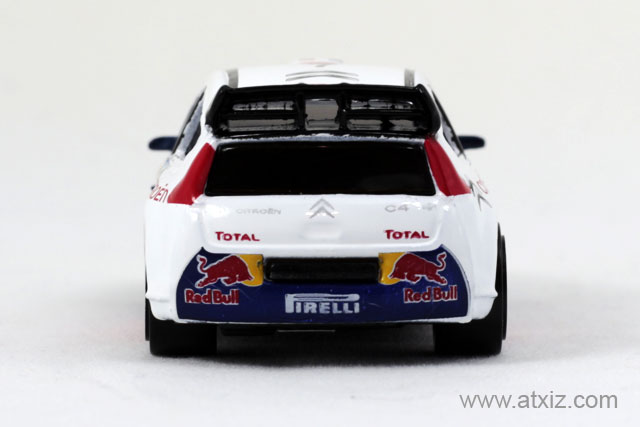 Let's see the back of this metal car. The rear bumper is made in blue with the Red Bull and PIRELLI symbols. At the back of the car there are all red letters on the attached white background. 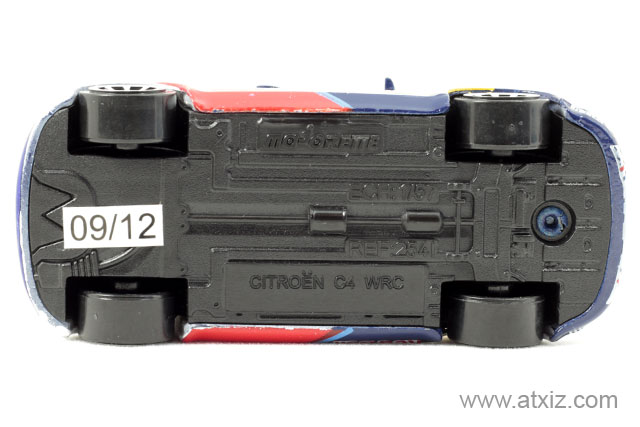 The floor of the car is made of black plastic. And there is a letter detailing the important details of this car For example, the name of the manufacturer Majorette, ECH ratio: 1/57 times, the size ratio will be reduced from the real to only 3 inches only. For white stickers with the numbers 09/12, the month of the year of manufacture

Summary of this steel car model

The producer is Majorette, a French national. But the production base is in Thailand The distributor is the Simba Toys company. This Citroen C4 WRC model, was manufactured in September 2012 and is no longer produced due to the expiration of the copyright contract. Nowadays, it is very difficult to find. If anyone finds it at a price that is friendly to the wallet, then can buy and collect it straight away.