For this Ford F-150 model car is all white. So it doesn't look outstanding In the eyes of collectors and children But it is also one of the collections that should be collected as well. 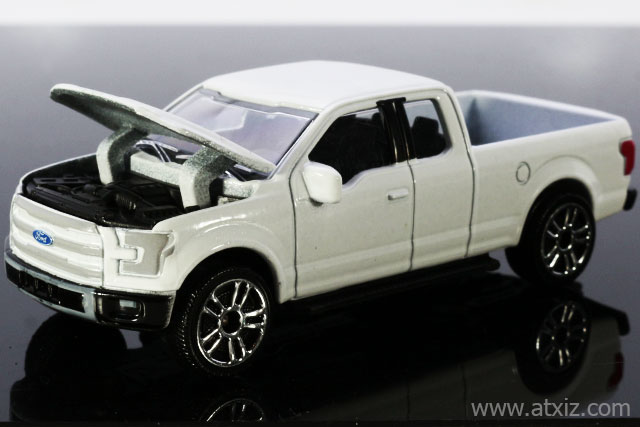 The Ford F150 model has been reduced to 1/72 times the size of the car, allowing the hood to reveal a realistic internal engine. 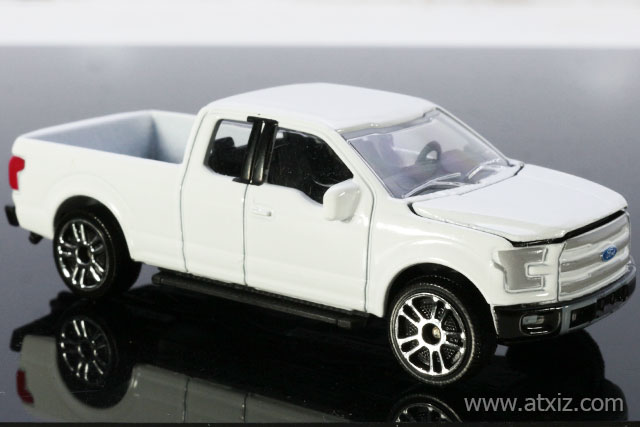 This car is guaranteed to be pretty, definitely beautiful. The front grille has a blue Ford logo attached. The black front bumper has fog lights and the front lights are silver bronze. The front mirror is made of clear plastic and can see the black interior clearly. 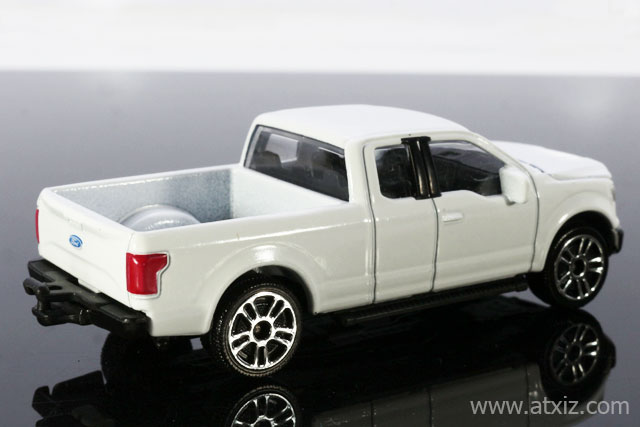 The back has a trailer attached in black. Tailgate lid with Ford logo, blue, red tail lights The rear glass cab is clear plastic and realistic. 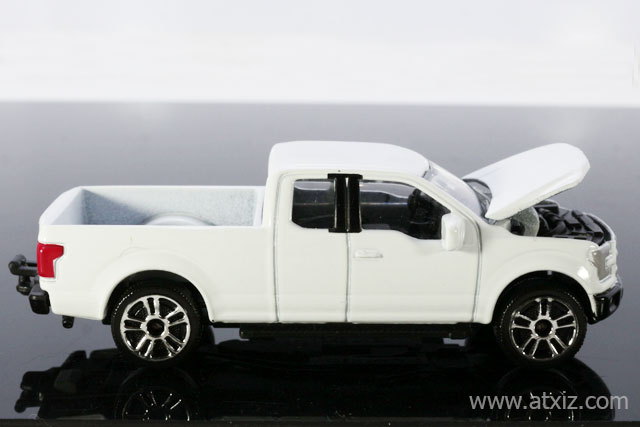 The wheel is in a shiny silver alloy. The rubber wheel is made of black plastic. For the rear bumper is black. The front bumper is also black. The black door posts. 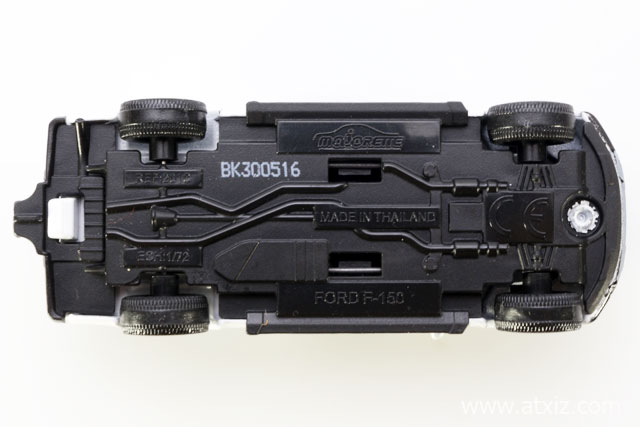 We may not be able to see the beauty and stand out with this street truck. But the collector should have kept Because when Majorette stopped producing These unattractive cars will be more difficult to find immediately.