The popularity of the WRC (World Rally Championship) model car or race car is considered to be very popular. Due to the beautiful details of the car Trademarks from various sponsors That is mounted on the car realistically It is more beautiful to collect than to be played by children. 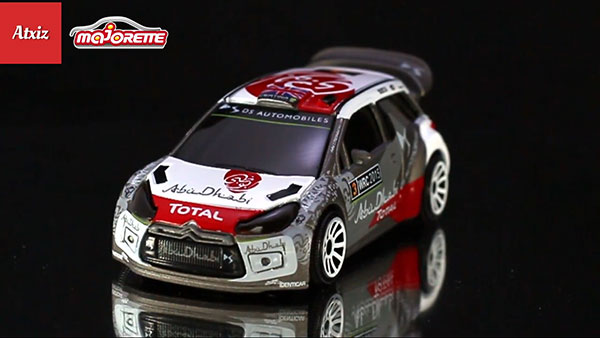 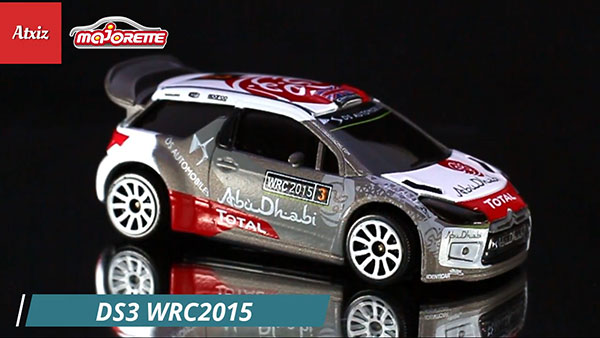 Beside the car door is number 3 WRC 2015 and Abu Dhabi white on gray, TOTAL white on red. 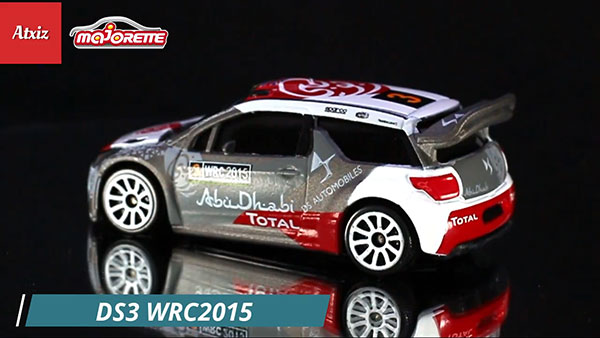 The rear brake lights made in red. The rear bumper is the same as red, against the white ground. The back door of the car is gray. Show DS mark as well. 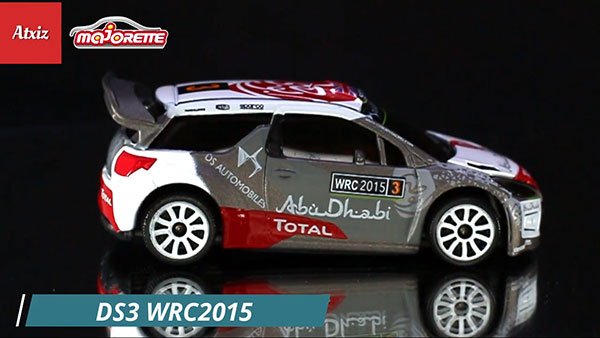 The roof of the car has number 3 in orange on the black background. The white car roof on the side shows the letter DS. The foreign windshield is made of black plastic. 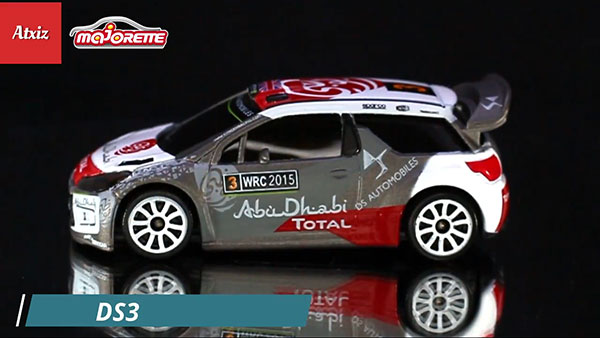 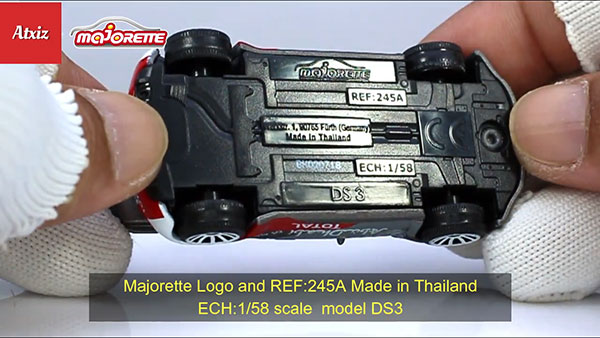 The floor of the car is made of black plastic. There is the product lot number BK020718, production date 2 July 2018.

Majorette logo clearly on the top line. REF: 245A is the production reference number. Made in Thailand ECH: 1/58

The car model is DS3.