I became interested in collecting small metal cars, so I searched in the children's toy pile.Because I used to buy the Majorette car diecast. Finally I found the Majorette Mitsubishi Pajero.

For me, Majorette had never known him before. There were people coming to the table to open the shop. At that time the price was 20 baht per vehicle. So I bought a small amount of it. I can't remember how many cars. I searched in the house, found a total of 5 vehicles, so took the Mitsubishi Pajero to review first. The cars is also quite bad. Because my daughter, aged 3-5, went to plow without even caring that my car didn't have first class car insurance, haha. Plus, she even painted color as she wanted. Not enough, yet put the plasticine over the mask until it gets messy But never mind, then I go to Car Care before writing a review. 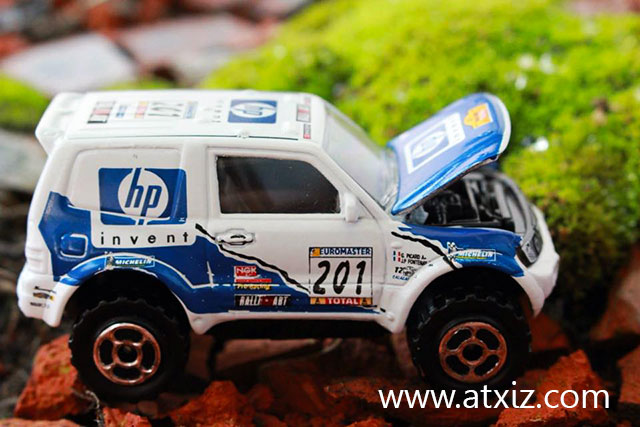 For the picture above I took it when I bought it. I took it to the scene to play under a tree in a Mitsubishi Pajero. This car can open the front bonnet. To see the engine as well. Great! 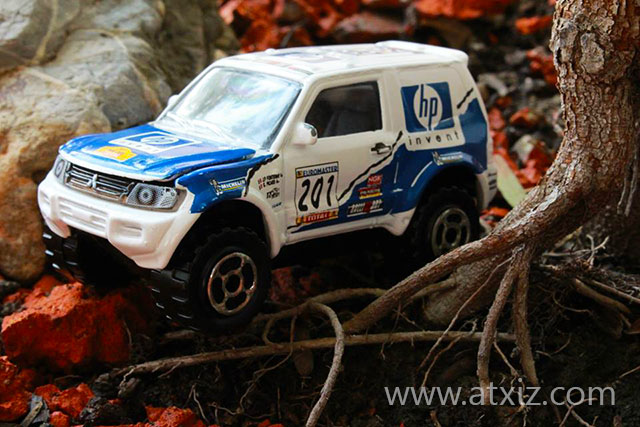 This Mitsubishi Pajero model steel car is considered beautiful, realistic. The patterns are painted in very fine detail. The car body is white, with blue accents. The HP invent logo is very beautiful. 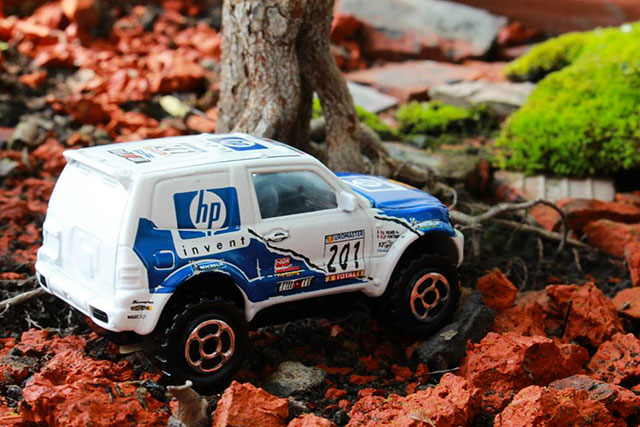 Having seen this, many people would like to have some. But nowadays can not be found in general stores, secondhand stores should be able to find. 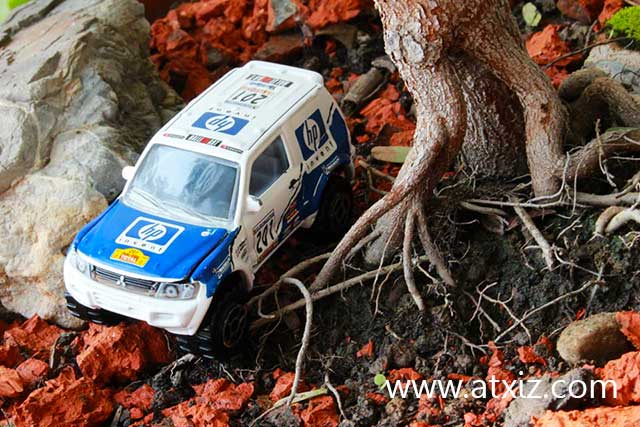 When I have finished taking pictures Kept in the trunk But when my daughter started to grow 3-4 years old, enough to be able to walk around, she was interested to find toys around the house until I found my car showroom. Then take to play I do not forbid. Up until now, she was 6 years old and then turned to play Barbie instead. 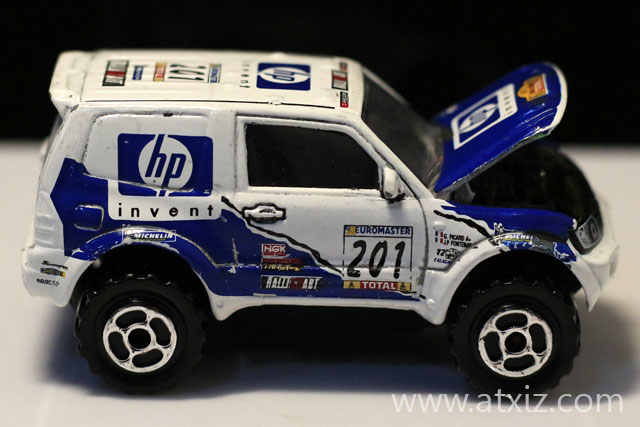 Let's have a look at the Majorette model steel cars. This brand belongs to France, which has produced diecast model cars since 1965. Considered very long, now the production base has moved to Thailand. This is our home. 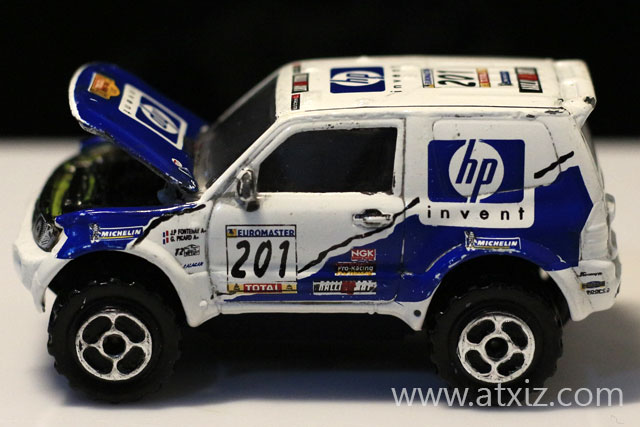 This Majorette Mitsubishi Pajero was produced in the years 2010 - 2012 and has been discontinued production. Nowadays, it is rare in one level because Marjoret has started to produce Mitsubishi Pajero from 2001 until 2012 with 14 types. This the model that I brought to watch, this is the Series: Racing Collection. 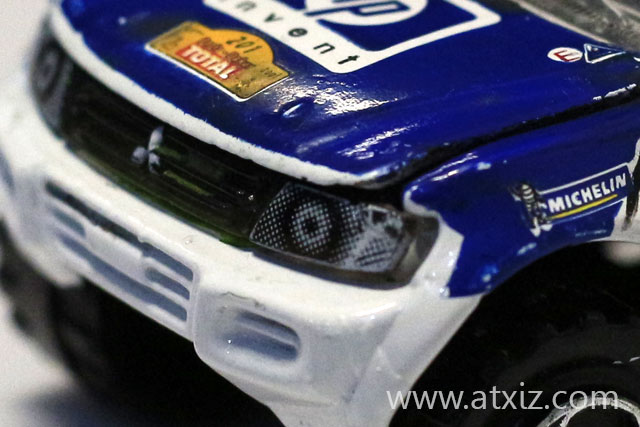 The important point of this model is that the front lights are painted with a grille color like in the picture. In the "Series: Champions / Racing Collection", there is a glass headlights, not painted like this. 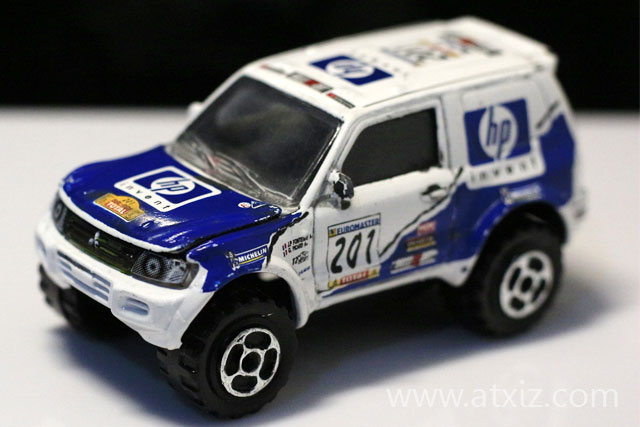 The car glass, if we look at this photo, may look black, but the glass is actually clear. Which is different. Series: Champions / Racing Collection. The glass is black. 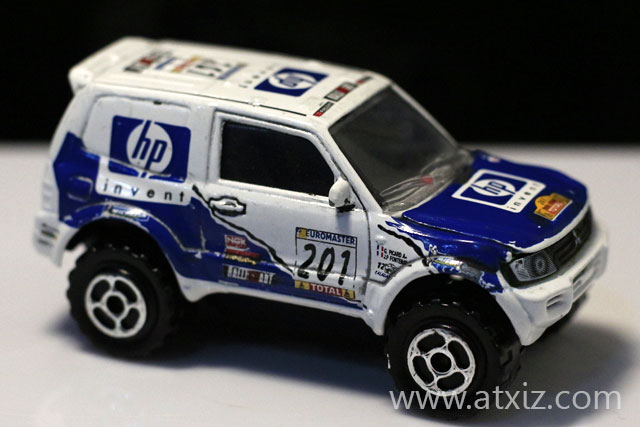 This image is clear that the white front glass There will be another car model that is the same, but the glass is light brown. 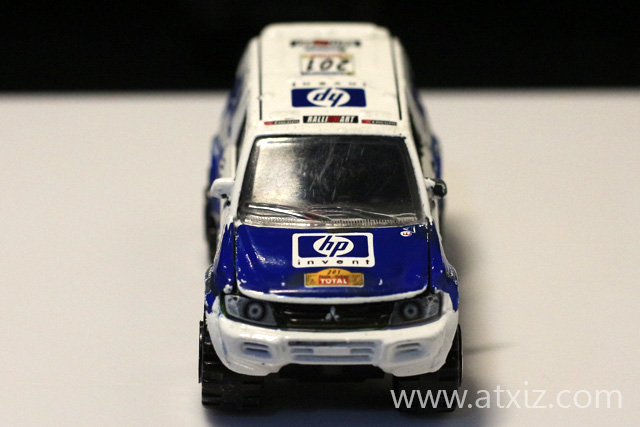 Picture of Mitsubishi Pajero Majorette "Series: Racing Collection" in front clearly. The details I think is a very good work. 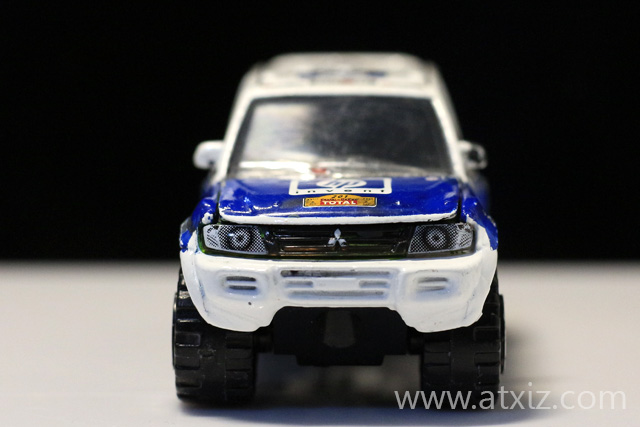 The front view is clear for the front lights. If anyone has this model, try to compare it together. Right now, I don't have a model to compare with. 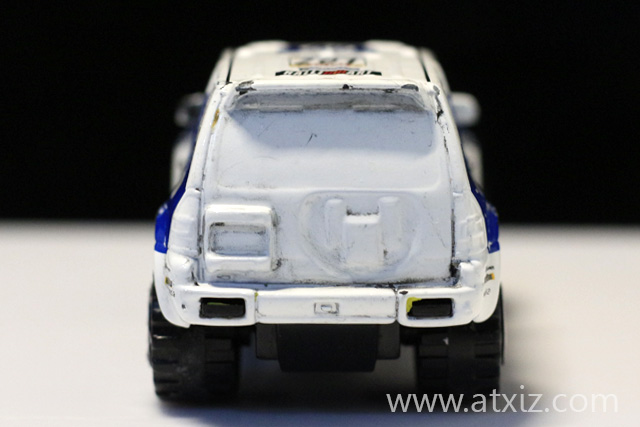 The back is completely white. Yes, there are no patterns. The glass was not made clear. 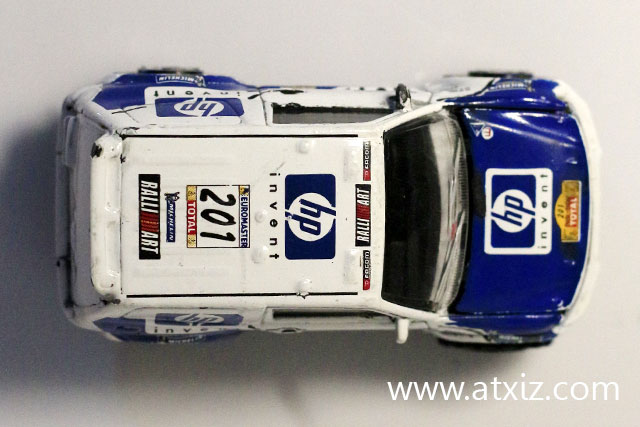 Look at the picture from above We will see detailed designs, colors, and sponsor logos. On the car is quite beautiful. 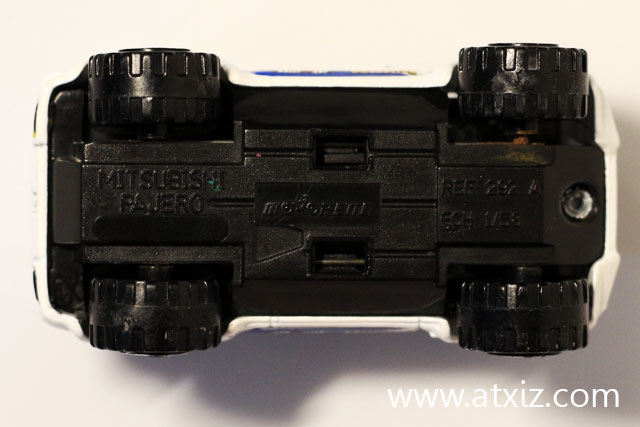 The underside of the car is black plastic with the words MISUBISHI PAJERO and Majorette. On the front of the car, the reference number REF 292 A is the model code, followed by ECH 1/58 which means 1:58 times the size for the wheels in black plastic.