Models cars from Majorette that are only 3 inches in size 1/61 in the form of Thai taxis, which are available in 11 styles for collectors to choose to collect. In this article, we will look at the details of the orange-yellow Thai taxi model that many of us are familiar with.

I think that many of you are probably familiar with this type of Taxi as well. Especially in Bangkok and metropolitan areas Some of you may have called to use taxis everyday. For other provinces, it is only seen in large cities, which is very convenient for us to travel. 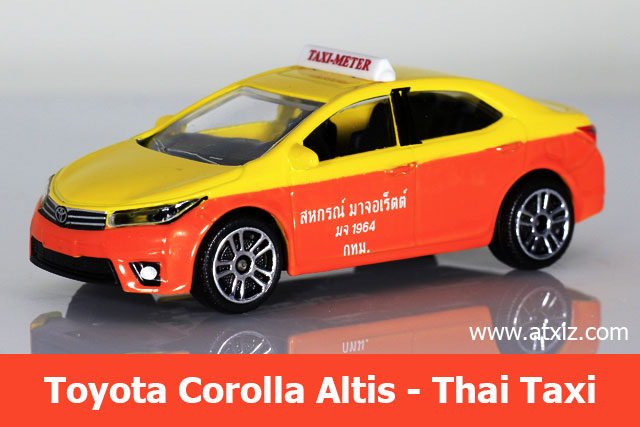 The model of the taxi that was shown at this time Is a two-tone car. The orange color in the lower half of the car And the yellow color is on the top half of the car. 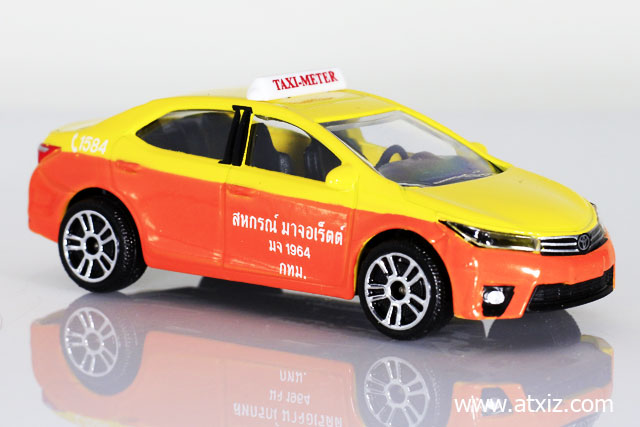 This Thai taxi model is a Toyota Corolla Altis which is a popular car to make a taxi in Thailand. The front of the car is the front bumper of the orange car. With bronze fog lights And the black front skirts have a bronze Toyota logo in the center of the car grille. The front lights are clear plastic.

The bonnet is yellow. The windshield is made of clear plastic, beautiful. And can see the black interior of the car clearly Above the car roof is a white lamp with the letters "TAXI-METER" in red. 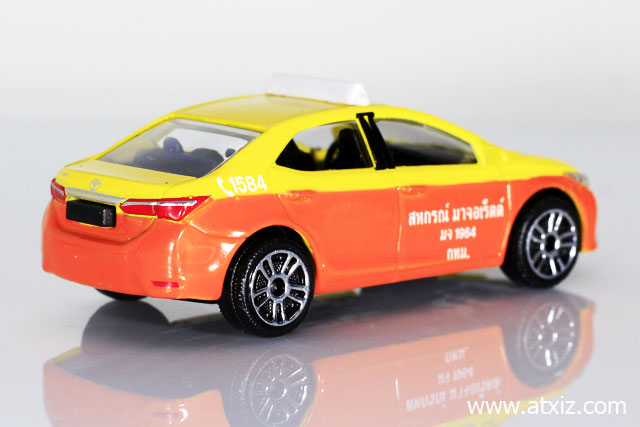 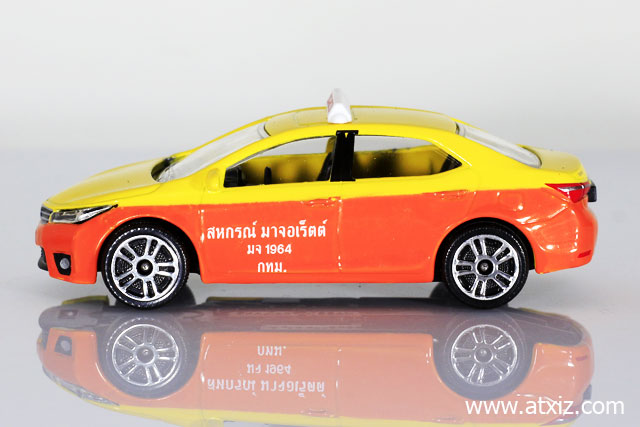 The side of the car, the driver's side is on the left hand side. Which is really different from taxis Of Thailand, which the driver will be on the right hand side The car doors are orange and have the Thai letters "สหกรณ์ มาจอเร็ตต์ มจ 1964 กทม.". The car door columns are made in black. 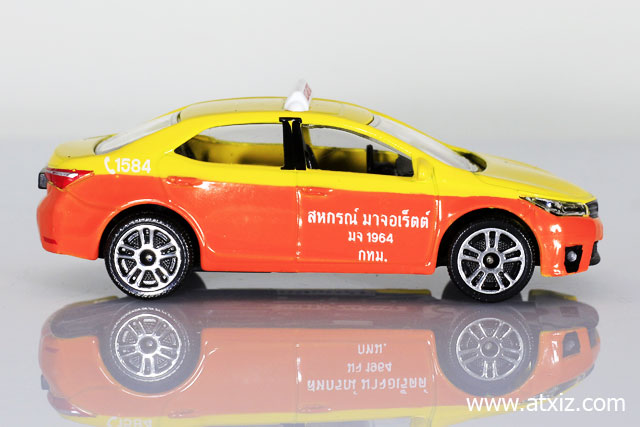 Side of the car The orange door area will have the Thai letters "สหกรณ์ มาจอเร็ตต์ มจ 1964 กทม.". The white cheeks of the car have a telephone number and a 1584 express number in white on a yellow background.

The wheels of the car are characterized by a bronze-silver alloy. The tire wheel is made of black plastic. Not made from real rubber materials. 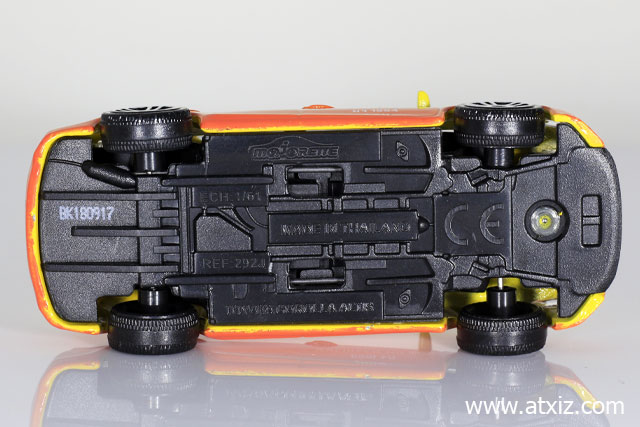 The floor of the car wash is made of black plastic with the Majorette logo and the car scale is specified. ECH: 1/64 Specify the Made in Thailand production location and the production reference number. REF: 292J Last line Specify the model of the Toyota Corolla Altis.

For anyone who is collecting a Majorette model car that doesn't have a Taxi Thai model, it is easy to find and collect all 11 colors.