Personally, I love and like vintage cars. Once I saw this die cast car model, I couldn't help but keep it. It is a "Toyota Celica GT Coupe" that is a cars racing style. I can say that it is cool !

Toyota Celica GT is a car that was born in the 70s. It is a successful 2-door sports car that has been very well accepted from Asia to the Americas. This die cast cars model, the size is only 3 inches by scaling the ratio down to 1/56. 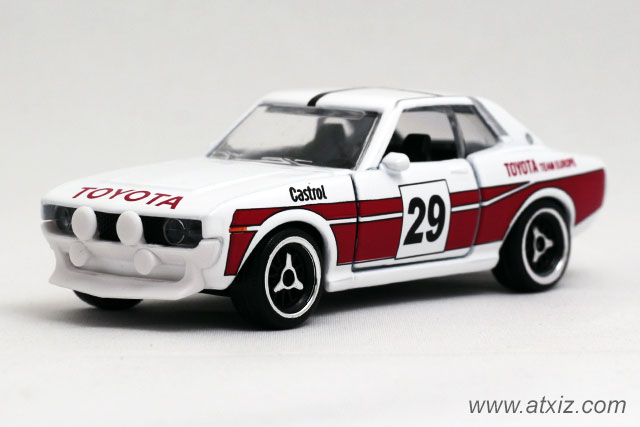 This car comes with a white body. And there is a dark red racing pattern on both sides of the car The patterning looks simple and clean. But it gives more beauty. 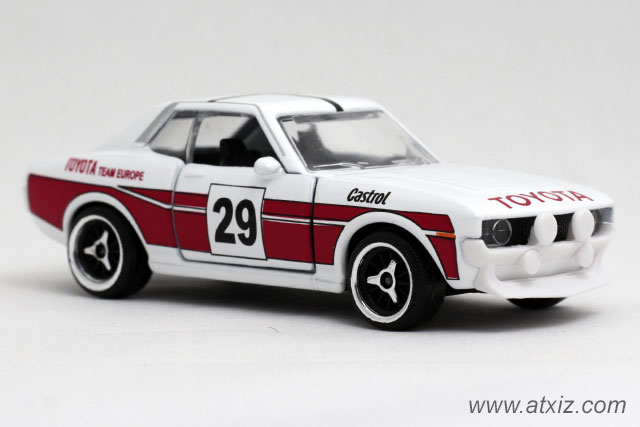 The front of the car is fitted with a fornt skirt white bumper. There are 4 big white spotlights that grille the car in the vintage race car style. 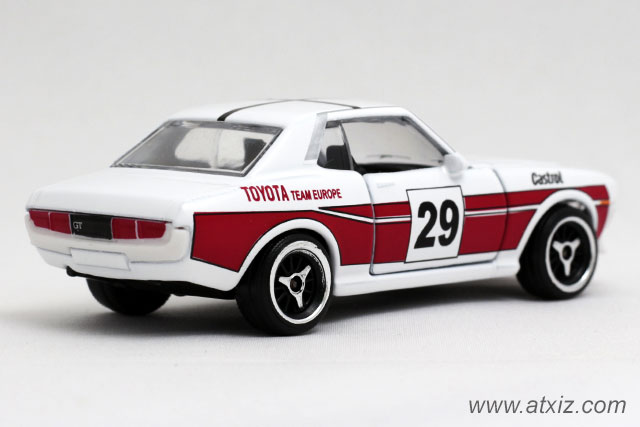 At the rear of the car will see 2 red lights arranged on each side in the middle. Between the taillights, the black area has the letter GT attached. 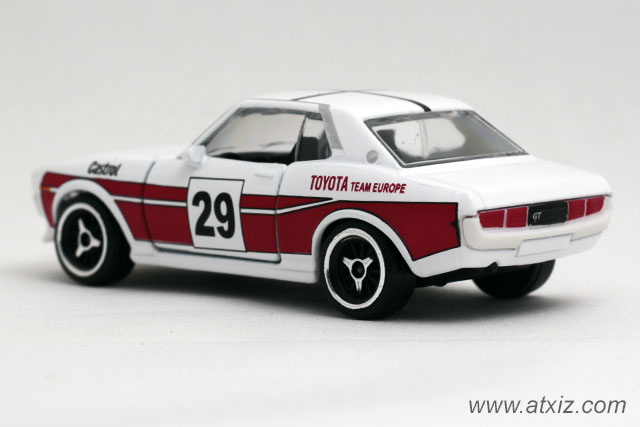 The rear window glass is made of clear plastic. As for the window on both sides, no glass. There is a number 29 at the door of the car. 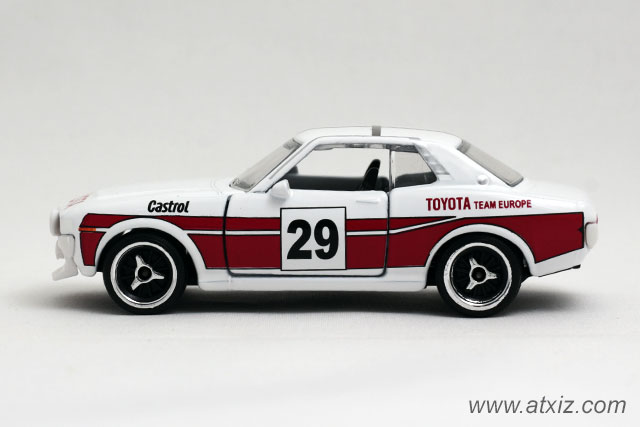 If we look at the side of the car fully Will see the beautiful details With a red crimson stripe expected from the front of the car to the rear of the car There is a large square white colored frame attached to the car door and there is a number 29 black inside the frame with a white background. 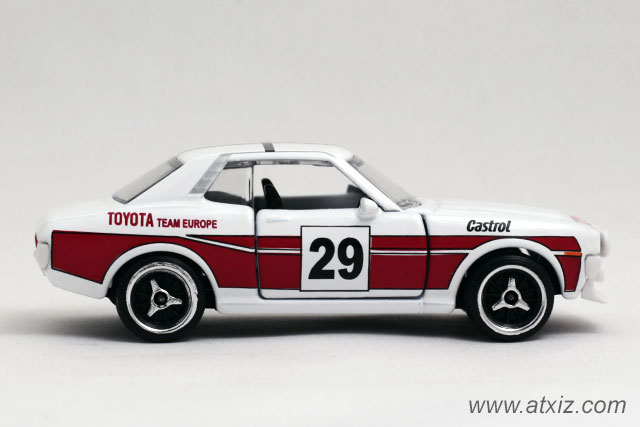 The shield of the cars has a logo of support as a black "Castrol" engine oil. The back fender part has the red logo "TOYOTA TEAM EUROPE" clearly. 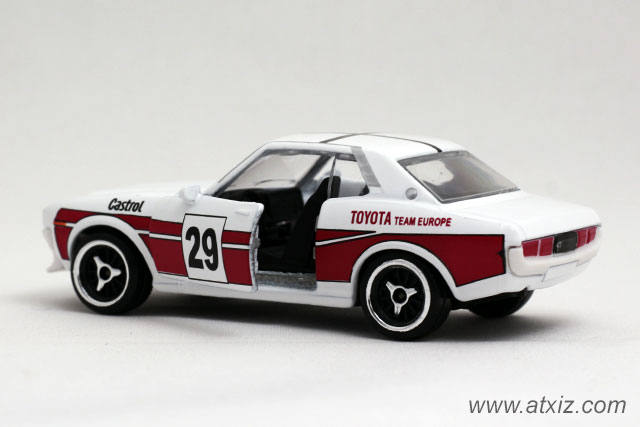 The car doors can be opened on both sides, allowing us to see the black interior of the car. Silver car window sill The silver. Oil lid is positioned just above the back fender of the car. 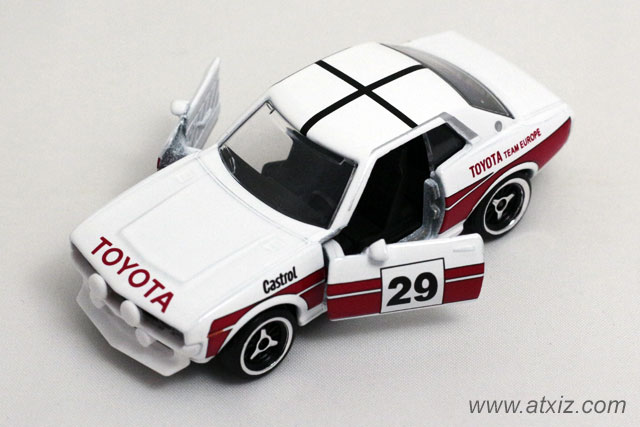 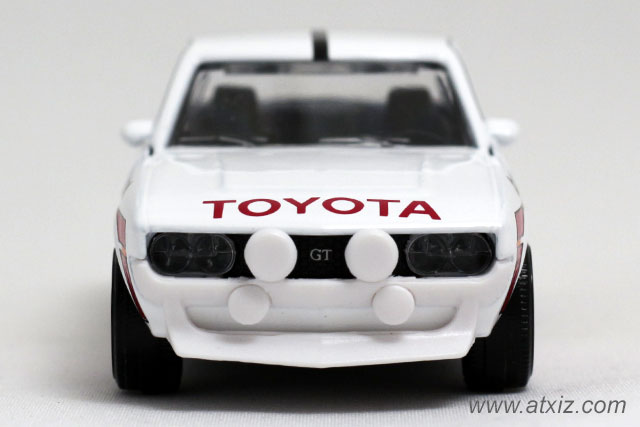 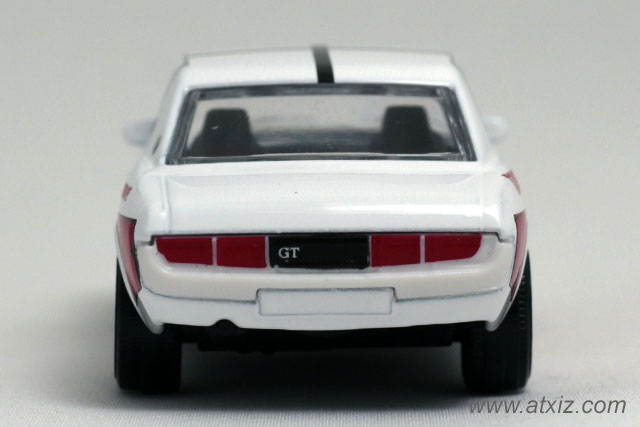 The rear of the car can see the white GT on the black floor between the 4 taillights. The rear bumper has a recessed groove for the exhaust end. 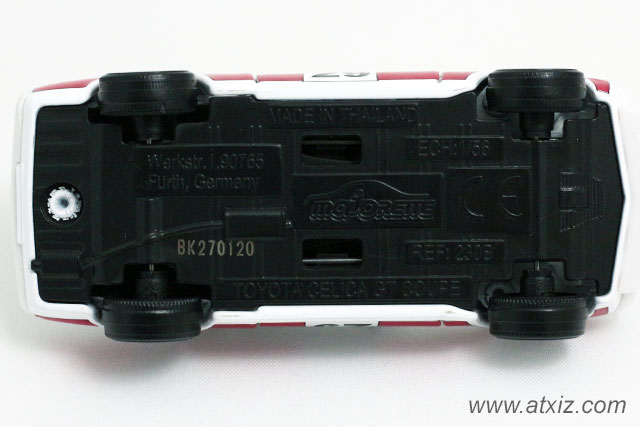 The floor of the car is made of black plastic. There is a position to hold the car to the ground 1 position by the metal tip to flatten out.
The car floor has details such as the Majorette logo, production location Made in Thailand.
Number Lot.BK270120 refers to production on the 27th day of January 2020. 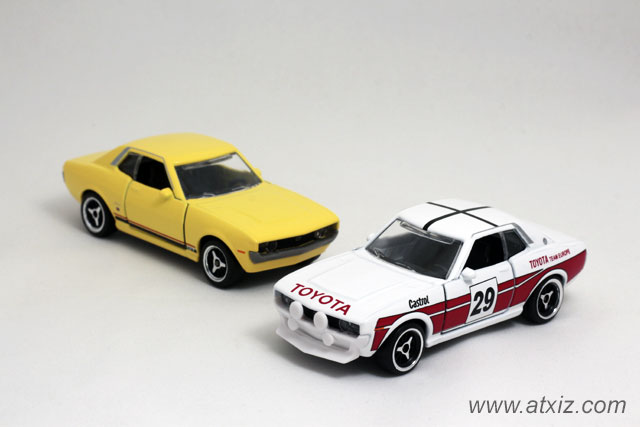 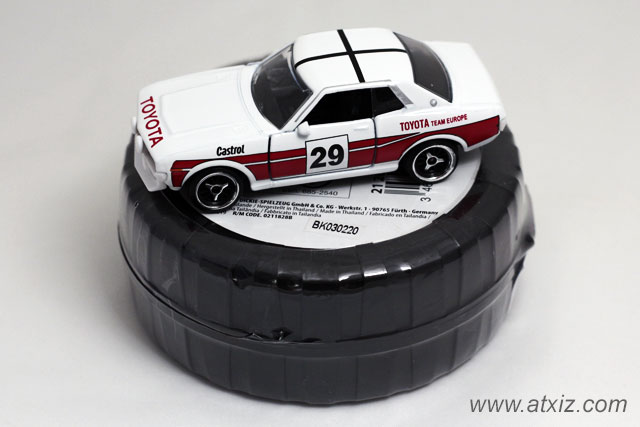 Those who don't yet have one, we can find it on the Majorette Surprise Wheel, BK030220, as in the example in this photo. But I do not guarantee that the said code will get a "Toyota Celica GT Coupe Racing No.29" on every wheel because the inside may have other cars. Which is randomly placed in the wheel as well But this code as known, if anyone finds it, it will find a rare car with almost every wheel.

Good luck to you all. Get the wanted car and happy to enjoy playing all the die cast car models.