If we are talking about Japanese cars with powerful engines, I think of the Nissan GT-R in the past that used to be the most powerful engine. With a 3,799 cc 6-cylinder engine, but with a power output of 570 horsepower With a top speed of 315 km / h, acceleration 0-100 km / h in just 2.8 sec. Only when we know the real car information We also came to see the model cars.

Majorette, a manufacturer of model steel cars from France, which has production bases in Thailand. Has shortened the Nissan GT-R with 1/61 of the size, making the car approximately 3 inches in length. 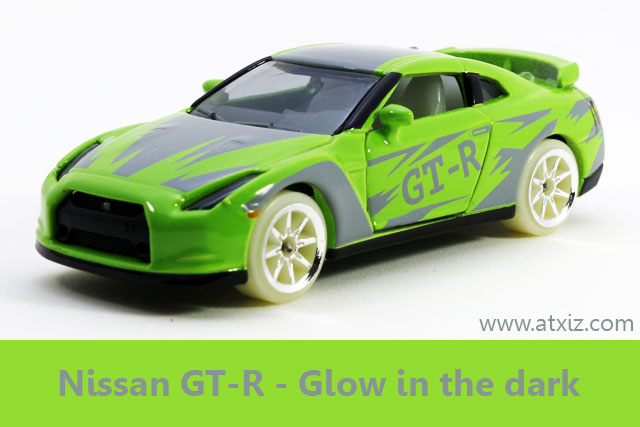 This model is the Nissan GT-R in the Limited Edition4 - Glow in the dark set. The wheels and interior parts are plastic, mixed with fluorescent material. Makes it glow in the dark. 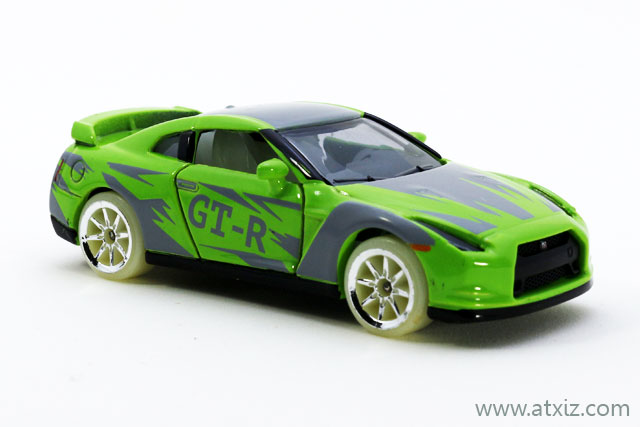 Nissan GT-R is a 2-door car. The body is made of neon green. Cut the racing gray color with the letter GT-R on the side, the black front grille with the red letter R, the headlights are clear plastic, giving a glass-like feeling. 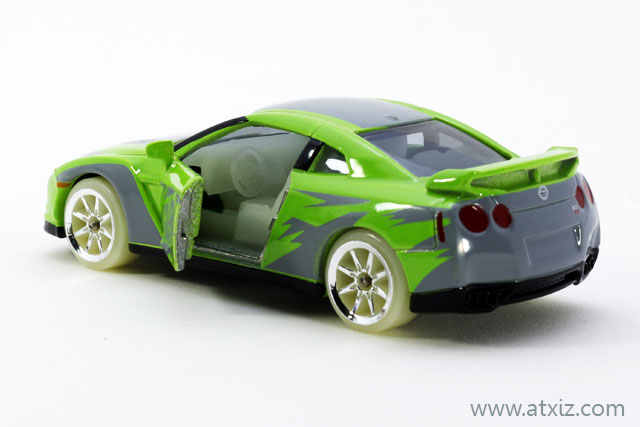 The gray back of the car has 4 beautiful red taillights, which are unique to the Nissan GTR. The trunk has a white NISSAN logo and a green rear spoiler to the car. The car door can be opened, allowing us to see the white interior. And the steering wheel is on the left hand side. 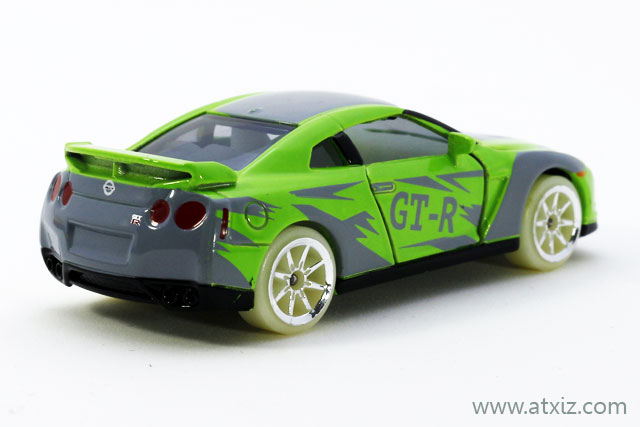 At the back there is the letter GT-R. On the side of this car you can see the fuel tank cover. For the rear glass is gray. 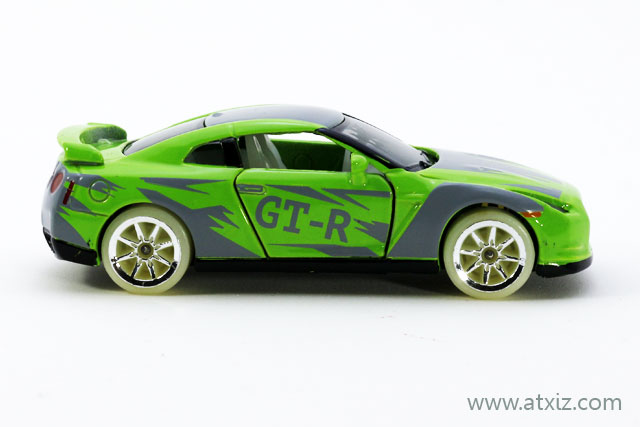 On the side of the car, we can clearly see the position of the turn signal. No window glass The wheels are of beautiful silver-colored shaft. And the rubber wheels are made of plastic that glows together in the dark. 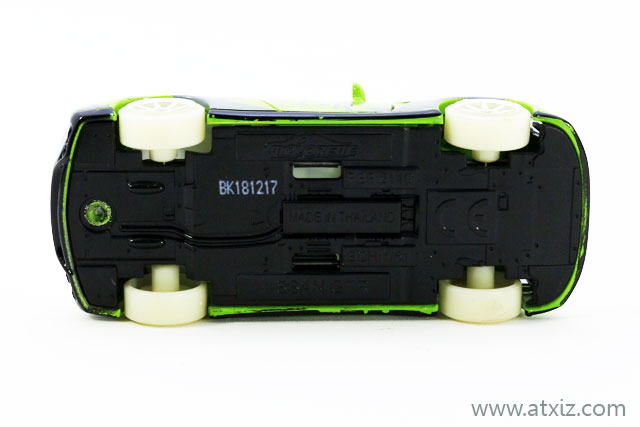 For those who are collecting a Majorette model steel car in the Limited Edition4 model, which will have up to 9 glow cars to collect together.