When the Volkswagen Polo Red Bull was in the first market, collectors understood that it would be a handsome car that is popular and rare in the future. Therefore causing the price to rise above one thousand baht But shortly thereafter this "Bull" spread, so the current price for us to buy and accumulate easily at an affordable price. 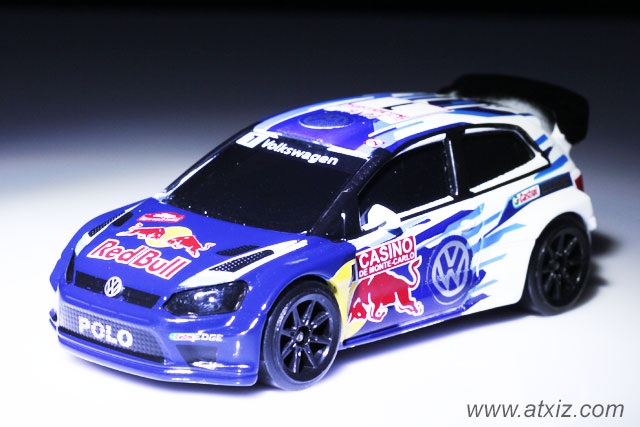 This Wolkswagen Polo R model is in white. Cut with beautiful dark blue Team sponsor's number 1 logo is "Red Bull" attached to the bonnet And the sides of the car doors are large and beautiful. 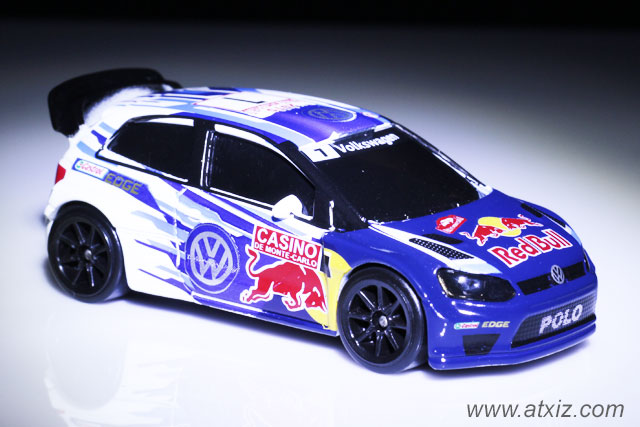 The dark blue car front bumper has a white POLO lettering on the front grille. The lamp is made of clear black plastic. 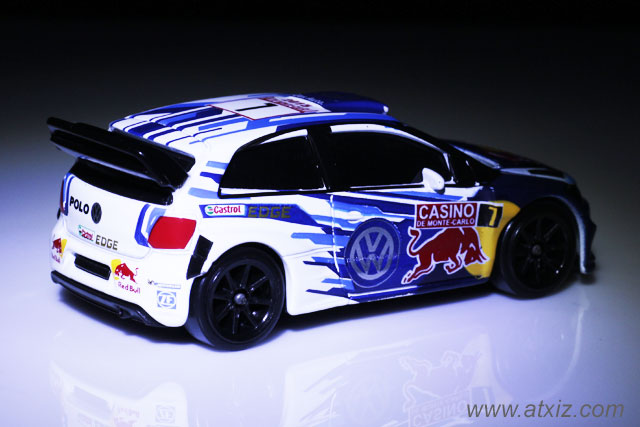 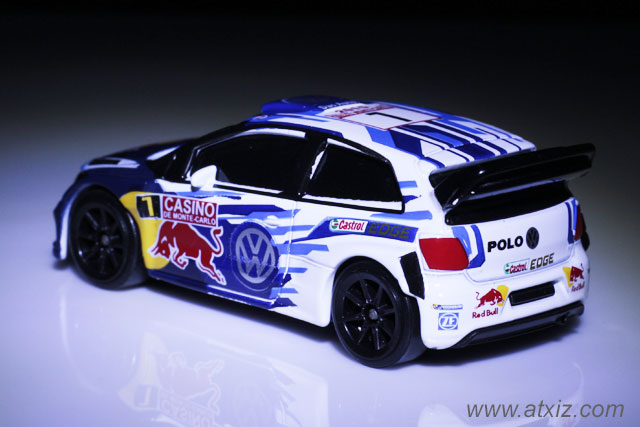 On the side of the car is the number 1 and the large Red Bull logo at the door, along with the Volkswagen logo. 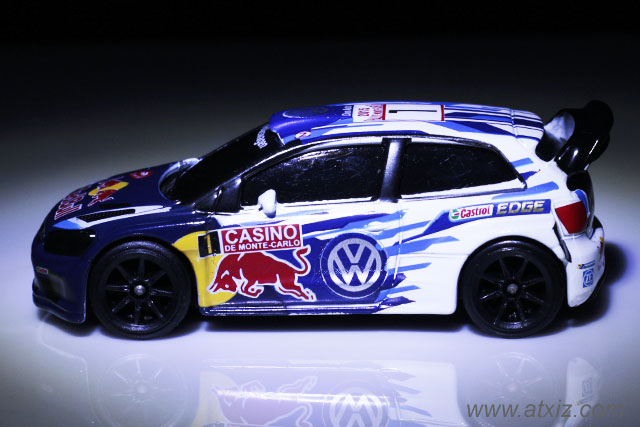 The car glass is made of black plastic. Causing us to not be able to see inside the car at all Different from the car models in 2019, the clear glass shows inside and the wheels are rubber tires. 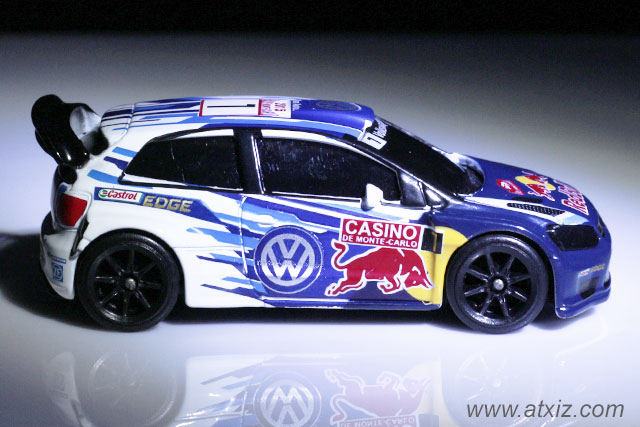 Volkswagen Polo R Red Bull. This car is the same as Cars released in the year 2019 in the "WRC Cars Series" series, which are different in the glass part, the cars around are clear glass. And can see inside For this car, we can see that the glass is solid black. 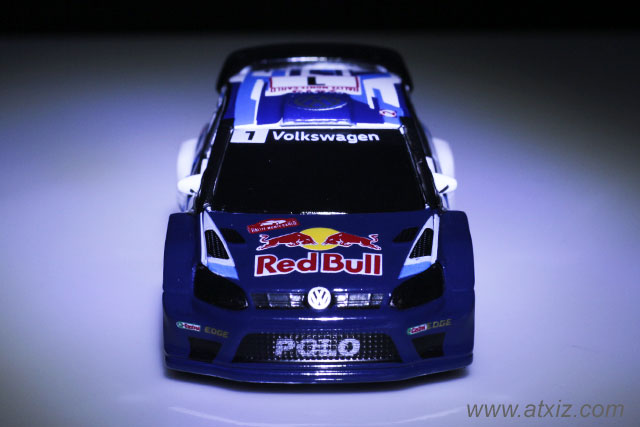 The front of the car shows the beauty and the Red Bull logo is outstanding and elegant on the bonnet. The black windscreen has the No. 1 Volkswagen expected on top. 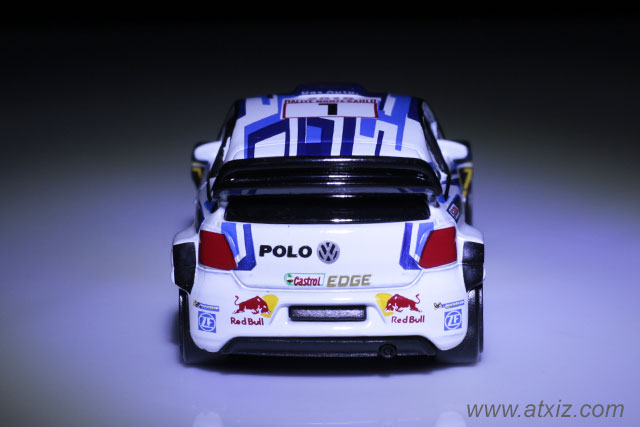 The back of the car is white, with the Red Bull logo on the bonnet on both sides, with the Volkswagen logo in the middle and black POLO on the left. 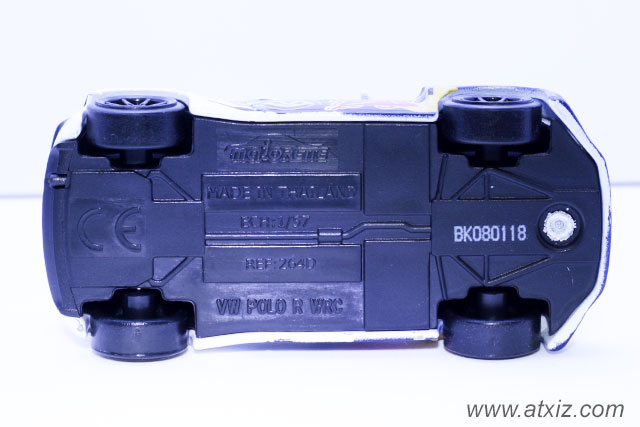 The collector of the WRC Dust Collection model that is following the collection Regardless of whether the collector is old or new, must find it. Of course, this "bull" must be included as well. For this car, nowadays can be found at an affordable price And easy to find.

We hope you can have fun collecting car models.